The journey of duty

Sitting (NO! hanging) from the 1st seat of the auto rickshaw (Americans call it the tuk tuk) along with the driver there are variety of scenes I witness daily. Some days we guys get lucky and get the rear seat of the tuk tuk but other days ? well we have to hang along till the journey ends to reach the office or back to the room where we started from; thanks to our female counter parts who do not even look at the face of the guy who sacrifices his seat to let lady sit in convenience on his seat .

In the wee traffic hours, sound of horns much due to the reckless driving of the auto driver are the most annoying while going to the office with a fresh mind to achieve something that day. Returning back has another story; High beam lights on the face when there is no more energy left out to bear it after the long day of hard work. Only thing possible and done then is to close the eyes till the vehicle passes. Here the agony of the guy does not end, he has to cling to some part of the auto to prevent falling off it when it speeds on road. To make the thing worse Indian roads are the perfect match to the situation to make it a night mare to commute to the office.

Wheezing along the spanking new bikes tell the tale that a guy got married and got it in dowry or jumped a new company and got a good hike which allowed him to get this bike. Much to the jealousy of the front seated guy, the new bike owner makes way through the traffic and escapes it like a snake. Mid timers like men in late 40s and in managerial positions try to rush through the traffic on their hard earned hatch backed cars.

Being in an tuk tuk has its own charm also. If lucky you get to sit next to very beautiful girls with nice fragrance who you thought are always out of your league. Not sit by the side but by the way luck has it many times almost with full body contact by the side. some time you also get sandwiched between two heavy guys(Some new generation guys might like this but not all)You get a very close view of the next auto passing you or the young girl sitting in the pillion seat of her boy friend's bike.

The main good thing one feels in this daily commute is that you have some time to your own. In the daily rush to the office and back to room this is the time which help you be alone with your thoughts that get triggered by the side scenes along the route. You see a poor child and you imagine what I would be doing I were in his/her place. You pass by a cemetery you get all spiritual and think nothing is permanent and the next moment you pass a nice bar, you start thinking when will next Friday come? If a new car model passes by the heart burns thinking 'Will I ever own one of that type?'. Thinking of kids being stupid who try to show of their 'dad bought' bikes by speeding across. But once in a while the wish comes out of the mind to also have a bike that will be a head turner. Maybe the person can buy one, but living in a city foreign to their native state makes them think twice before buying the vehicle. Different things like the shipment, road tax, police charges, broker charges etc go through the mind of the person and eventually the idea gets delayed so much to a point that either he gets married by then and has to buy one vehicle or makes up his mind to buy a car instead.

This is how an IT guy from another city goes to his office:)

Posted by roshan at 2:26 AM No comments:


Go to the browser on your NOKIA X2-01 and while the control is in the address bar, press the middle soft key (shown in the image) down. 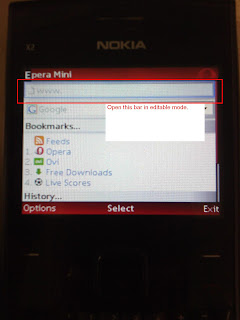 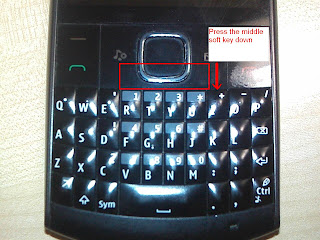 Here you will get an option to insert symbols. Select this and you can enter type in the underscore(_) in a newly opened screen. 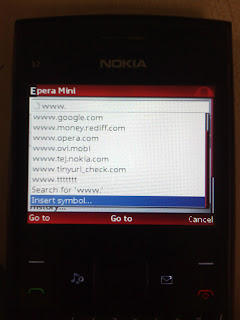 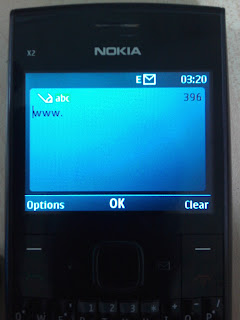 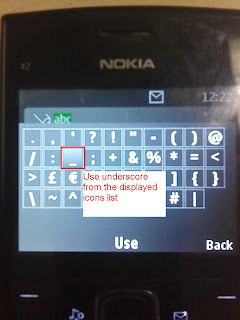 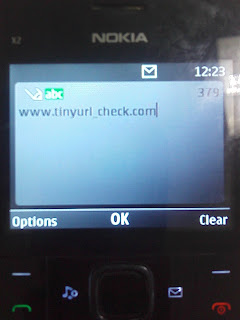 Proceed by selecting OK and enjoy your browsing.

Posted by roshan at 2:45 AM No comments: 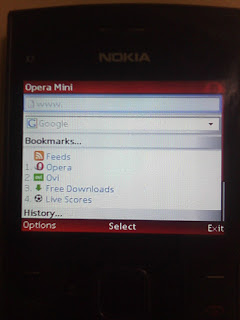 · Now, in the listed options you can see ‘Bookmarks’ as an option. 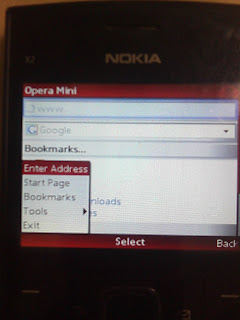 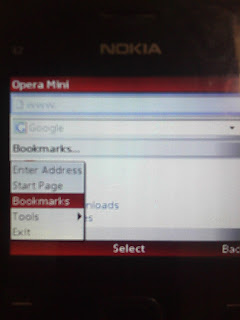 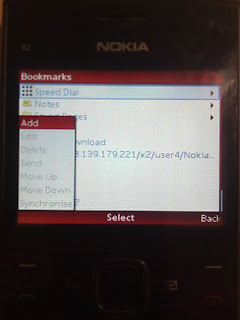 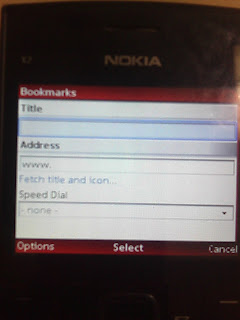 1st I was not very happy to get along with her. Looked pretty small and simpering, though the reputation was very high.
1st few strolls were jerky and used to stop every now and then. However we started to get along as time passed.
Without knowing the quality of her I started to take her every where I went. She started to get along with me and I started sort of linking her.
One day decided to give her a bath and could not believe my eyes after the bath was over and she was dried.She was shining like an angel in the morning sunlight. could not resist feeling great to have her with me. Next we started getting more easy while traveling. No hiccups, no sudden stops but rare angry grunts sometimes though which I did enjoy sometimes. She being very powerful for her size used to get thirsty pretty often. I had to shell out money very often to keep her going.

However she took me by surprise the day when she started running wild fast. I could feel a wall of wind in front of me while I was with her. she had her fill same morning itself. She was happy.She took me so fast I thought I will fall of her. Could not help admiring her and pat her once we were stationary. After that everything changed between her and me. I could be seen more often with her everywhere Madhapur, Kondapur, Miyapur even far off regions beyond my realm like Panjagutta, Khairatabad, Nagpur Highway and even old city. We were made for each other. Now every now and then she used to run very fast taking me along with her and I used to enjoy the time like anything.

One day she went for a regular checkup and the doctor said she is doing good but…….but?……I started making speculations what could have gone wrong. I was so worried. Doctor said nothing very serious but said she has developed something and if not done something about it then she can get seriously ill. I asked how much,…..the answer came 8k which was not something I had on 29th of that month. He said she can still manage to go 6-9 months without the treatment. I was relieved and decided to save for the operation. However other worldly affairs of mine took toll on her treatment expenses. She was constantly ignored.

Now it has come to this day that I cannot any more afford to be with her. She has to go. One friend of mine has promised to take very good care of her. After getting the assurance and with a very heavy heart I have willed to part with her. But will I ever forget her? No, I cannot. Never. She is the best in her class. She was my YAMAHA RX-135. My 1st bike on Indian Roads.

Posted by roshan at 1:46 AM No comments:

Life when starts, starts with pain. Then it starts shaping up playing with fellow aged people and making memories to cherish and always dying to grow older and be an adult thinking, what all they do is cool, but ?...................

then suddenly in the long wait we discover that we have grown into adults and feel some independence but dont find it much satisfying but feel the childhood boundaries were much safer and peaceful and now if we want then also we can't go back..

is it what life is supposed to be?

may be no, may be yes coz we have to shape up more of our kind to reach the age we have reached.....leave the Legacy behind....

Posted by roshan at 5:40 AM No comments: